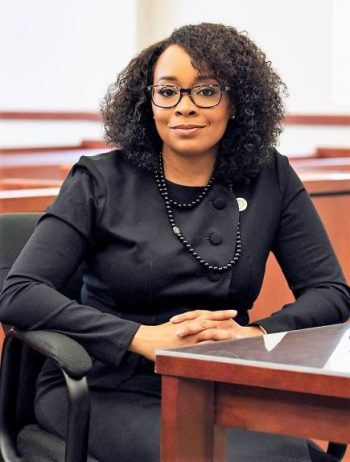 LaDawn “LBJ” Blackett Jones is a serial entrepreneur who served as a legal consultant on the film. Her POV from both the defense and prosecution side lent a unique voice throughout the film’s balanced approach. She currently owns the LBJ Law Group, llc a criminal defense and trademark firm, a political consulting company, PolitaCoach, llc, and a co-working and business incubator called HQ Auburn, all in Atlanta, Georgia. LBJ also acts as the City Solicitor for the City of South Fulton Georgia. LBJ is also a an author with two self published books and a third, a fiction novel, in progress. LaDawn is an Atlanta native where she currently resides with her husband and two children. Among her various accomplishments, LBJ served two terms in the Georgia General Assembly as the State Representative for Atlanta, College Park, East Point, and Douglas County and has received several awards and acknowledgements for her community service efforts. LBJ lives by the mantra, “Anyone can do well if they do nothing for no one other than themselves.”